Don't pick a fight with an elephant

REGICIDE FAIL: THE WEIRDEST DEATHS FROM ANCIENT HISTORY (S. FLANNAGAN, Grunge). Some pretty weird deaths are involved here, but the one that caught my eye is that of "Eleazar Avaran and the Elephant." Eleazar was a younger brother of Judah the Maccabee. His death at the battle of Beth-Zechariah is recounted in 1 Maccabees 6:43-47:

43 Now Eleazar, called Avaran, saw that one of the animals was equipped with royal armor. It was taller than all the others, and he supposed that the king was on it. 44 So he gave his life to save his people and to win for himself an everlasting name. 45 He courageously ran into the midst of the phalanx to reach it; he killed men right and left, and they parted before him on both sides. 46 He got under the elephant, stabbed it from beneath, and killed it; but it fell to the ground upon him and he died. 47 When the Jews[m] saw the royal might and the fierce attack of the forces, they turned away in flight. (NRSV)

Unfortunately for Eleazar, it turned out that King Antiochus V was not riding the elephant he attacked.

As I've mentioned before, Grunge is coming up with some pretty good popular articles on ancient history.

Beyond that, a safety tip: do not attack elephants! You are more likely to end up like Eleazar than Legolas. 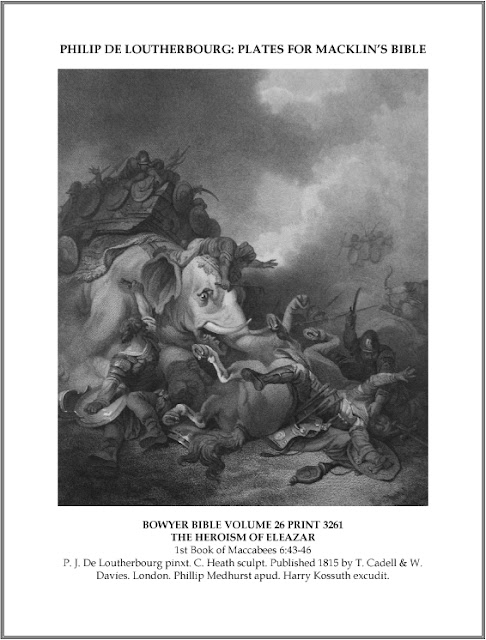